The official site for all Nocterna Books.

The latest release is out! Rod and Tod is being serialised here on Nocterna Books. See what the two mischievous clouds are up to as they put other worlds in peril by creating and mutating new creatures.

The first, and all the other parts are available by clicking here.

Alternatively you can read it below: 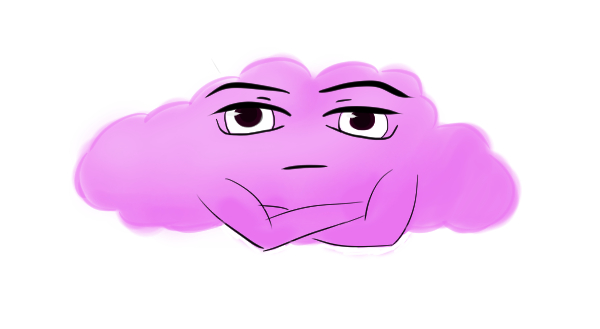 Eggo Maniac leaned forward to study the space where it had been. He glanced at the floor and could hear a tearing sound coming from within. He darted back, clearly alarmed by this. The volume of the tearing increased, as did the speed of it.

Silence finally ensued and out of nothing the book fell to the ground. The expansion commenced. The book grew to at least the size of a sixty-inch plasma television screen, but far thicker to accommodate the numerous pages within. It shivered briefly and moved on to stutter.

As it shook, it became clear what the tearing of pages was all about. On either side of the hardback blue cover there were two perfectly round holes. They were opposite each other and were positioned with such precision that if one was to look through a hole, then it would have been like looking straight through to the other side, with not even a jagged edge or miniscule torn bit of paper obstructing the view.

It gave the impression that these two holes had been professionally cut using some sort of expensive milling machine.

Quickly, the holes began to fill with some white liquid. There was far too much of it for the book to retain, so it leaked out of the sides. It did not drip onto the floor however. No, this was a controlled movement and it merely extended outwards, stretching like an arm on either side and this is what it became. The liquid at the end of the arms moulded itself into hands and, underneath the now constructed arms, two more perfectly aligned holes appeared. The same process started again, with white liquid oozing out from the sides.

This time it did drip onto the floor and moments later this encyclopaedia had a set of arms, hands, legs and feet, all in the same matching white colour.

“What about your face? Surely you require a face to see and eat amongst other things,” said Eggo Maniac.

Within moments a green eye sprouted on each cover above the arms and a red lipped mouth that stretched oddly across the fore-edge of the book materialised.

Eggo Maniac nodded politely in response and was about to ask one more question regarding why the book had suddenly taken on an accent, one that sounded Australian in fact, when he was rudely interrupted by the pizza box talking to the book. “What’s your name then?”

“Bruce, mate. I mean just Bruce. Bruce, but I was calling you mate.”

Eggo Maniac rolled his eyes in acceptance. The two then turned to inspect the only remaining member. Eggo Maniac examined the pizza box curiously. “Well I suppose we have had some strange transformations and we are due another. The floor is yours my friend.”

The lid of the box flapped and the pair who were watching could not decide whether it was the wind or not.

They did not have to wait long for their answer. Out of the now open box slid the remains of the apple crumble. The green of the apples had liquefied as it oozed onto the floor. Intermittent bits of streusel crust moved underneath the box and lifted it from the floor.

The apples and crumble merged together and continued to push the pizza box into the air. It was now at least six feet in height. The apple crumble acted as a pillar beneath it.

“He won’t move about very well like that,” said Bruce, who had opened himself up and was casually perusing his own pages, as he leant up against the walls of the alleyway.

The pillar of crumble rumbled and shook. Gradually it formed arms and legs and a physique of which an athlete would have been proud. The pizza box was now sitting on top of the body of an Adonis, made out of apple crumble. It was green with bits of strudel mixed in. A pair of green eyes then sprang into life on the top part of the box. It flexed its new muscles briefly, showing off the odd bicep and pectoral before stopping and taking in a deep breath.

“Now, now dear Bruce, if that is what he desires to be called then that is what we shall call him. Good to meet you Howard.”

The three then shook hands, which was initially difficult for Bruce due to the fact that he had firstly to close himself before performing the act. Then there was a pause, an extremely long pause. Indeed this pause seemed to last for an eternity. The quick realisation set in that, whilst they were now sentient life forms, they had no idea what to do?